"Eventually, all things merge into one, and a river runs through it."
Norman Maclean

Two weeks ago Ronald caught this Temensis the second time. Today, Peter caught it again. PH Chua and Ronald and tried to catch it again today. But it was Peter's persistence that paid off. This Mama grabbed Peter's MacDonald Drinking Straw Fly.
Peter had been experimenting with all sorts of materials for tying his flies. Two weeks ago, the other Temensis took the fly but the tippet broke. Today the Straw Fly did indeed irritate the Mama enough for it to grab the fly. The baby temensis had grown to about 4 inches and are venturing further outside the nest.

You can again see the benefits of Catch And Release. 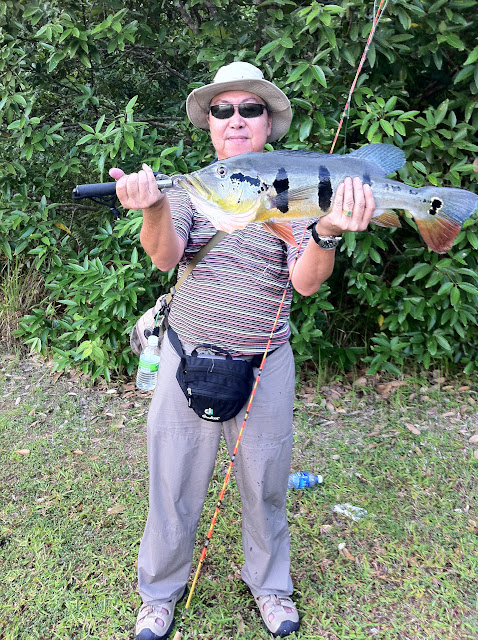 Peter was grinning from ear to ear because he caught this temensis with a MacDonald drinking Straw Fly. 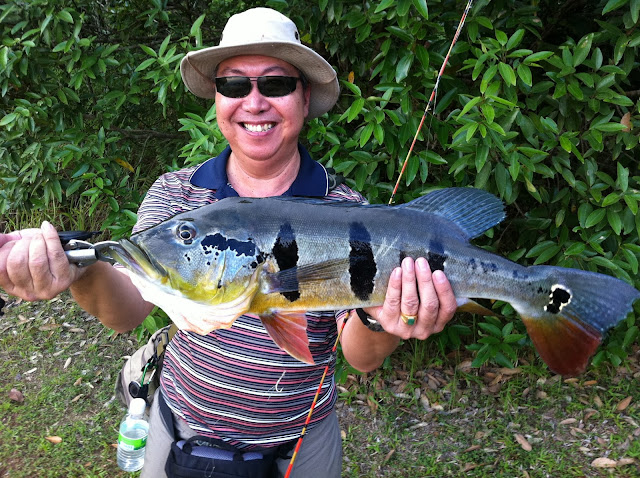 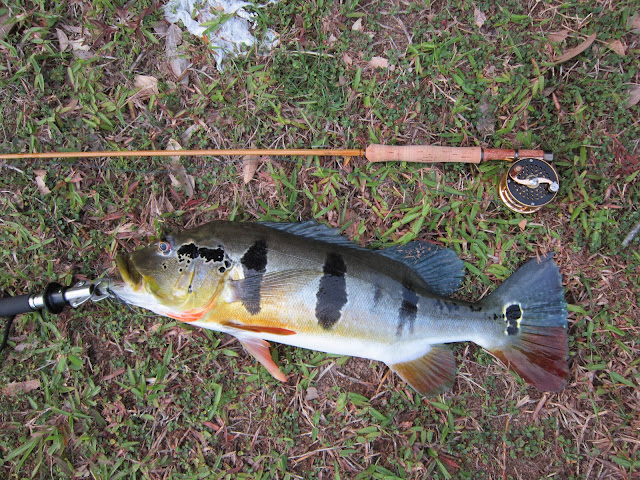 Look at the patterns again. Same fish with the extra spot below the eye.
at November 19, 2011